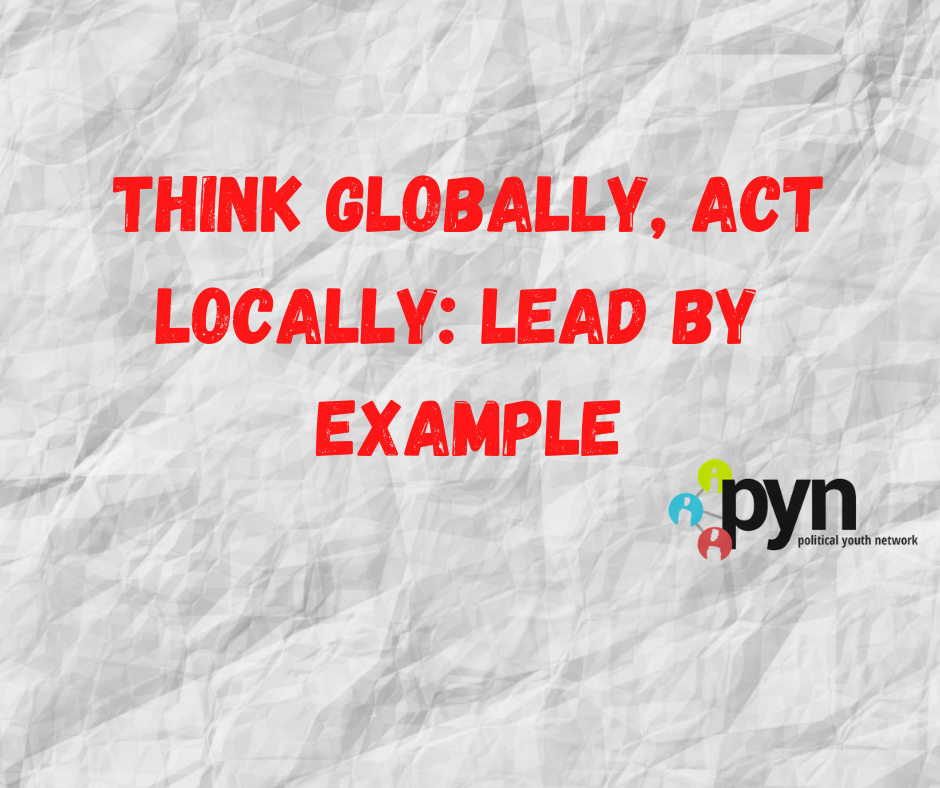 We present to you another article from our Think Globally, Act Locally series. Filiz Mustafa from Kosovo shared her opinion on the pandemic and crisis management in Kosovo. Read his story!

The shock caused by coronavirus has been contemplated everywhere. Especially in a country like Kosovo, where the health service system has been fragile and continues to be fragile due to the failure of institutions for good organization and proper investment in the development of this vital sector for the health of citizens. Unsuitable objects with minimal capacity, insufficient medical staff, old instruments, the non-existence of health insurance for citizens are only some of the things that have characterized health care system in Kosovo even before the outbreak of the pandemic. Furthermore, all of the things mentioned before continue to deteriorate the management of the ongoing crisis, especially now when the situation is out of control.

Since we are a rare case even at the global level where in times of pandemic the entire political spectrum from the opposition came together to overthrow the government that was handling the virus well, I don’t see the difference between the current situation in which we are and the period before the crisis. Also, it is important to emphasize the great mobilization of citizens in relation to this situation.

Being aware of the above-mentioned problems of the health care system, as soon as the first cases were diagnosed in the Balkans, the then government led by the Lëvizja VETËVENDOSJE! was aware that our strongest weapon but also the only one that could be the most effective, was the enforcement of measures to prevent the spread of the virus among people. The mobilization campaign for social distancing, wearing masks and gloves, appeal to people not to assemble, suspension of some entrepreneurial activities (such as restaurants), started by this government, were welcomed and strictly respected by the people of Kosovo. Nonetheless, the preventive measures might sounded harsh, they were considered necessary for the protection from the virus by citizens themselves, and as such, they were respected by them. Remote greetings, online chats, working from home, unprecedented solidarity ever encountered before with each other and many other “abnormal” things had turned in an indivisible parts of our daily lives. We were 3rd on the list of European countries in which the pandemic had the least impact and was best handled. We were an example in Europe and beyond.

At the same time, our diaspora, which has always been our economic engine and not only, although the countries where they live were affected in one way or another by this crisis, expressed a high willingness to help with financial means after the call the then Government of Kosovo made. In less than a month, about 1 million euros of funds were raised to provide food and hygiene packages. This was a tremendous help in addition to the situation we were facing.

There has also been solidarity among citizens as never before. Self-organization and external organization in the community made it possible to provide at least the essential products for all. The pandemic reminded us of the fact that we share the same environment on this earth. It reminded us that the collective needs are above the individual needs and that in most cases we should all be there for each other.

Despite its success in this worldwide challenge, the government was overthrown and its power was seized in an undemocratic way without going to new elections, as foreseen by the constitutional and legal order of our country. This caused a great deal of popular frustration, but at the same time a great disappointment, its impact also swayed the community’s approach to the virus. The measures began to be disrespected. As if that weas not enough, the government started with reckless actions which led to the risks for the population. With hastily decisions to quickly lift the ban for all economic activities and ease other preventive measures, the current government behaved as if the crisis had ended and the world had returned back to normal.

Somewhere in the middle of June, the number of diagnosed cases was higher than it had been at the peak of the crisis worldwide. From 10 to 15 new cases as we had on average per day in the beginning of pandemic, 100-200 diagnosed cases began to appear. At this moment we are ranked among the countries in which the situation has deteriorated the most. Citizens of Kosovo have accepted the fact that potentially everyone will be affected by the virus. But although the state has failed in the battle with it, citizens’ awareness continues to be relatively satisfactory. Masks, distance, and caution are necessary for personal health but no less important than the preservation of all.