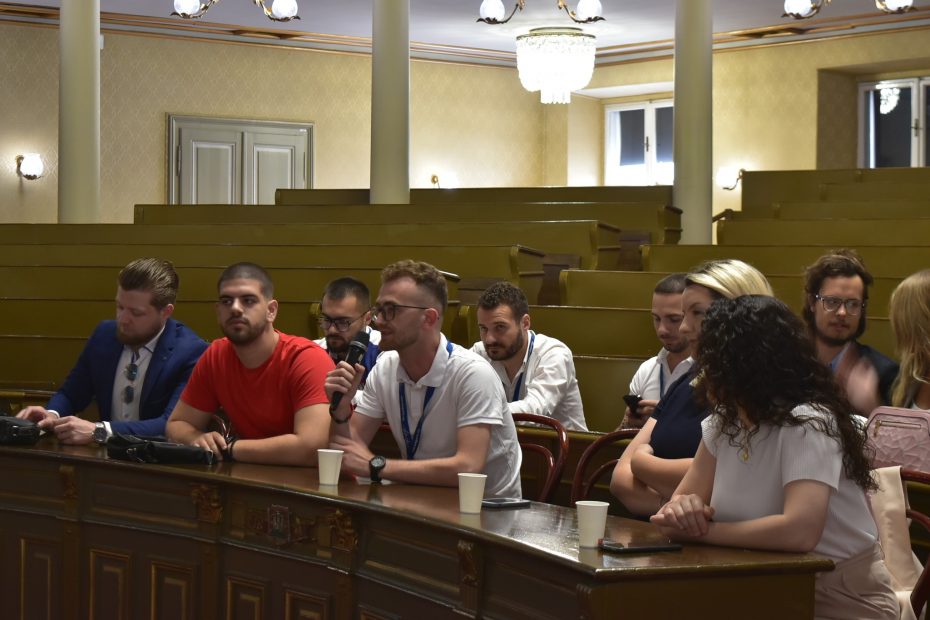 After a three-year break due to the COVID-19 pandemic, we were finally able to organize another in-person regional conference for young politicians from Bosnia and Herzegovina, Croatia, Kosovo, Montenegro, North Macedonia, Serbia, and Slovenia!

The conference took place in Zagreb from 7 to 10 June and gathered 40 young politicians and young activists from the region.

Having in mind majority of participants had never attended the live Political Youth Network event, it was made sure everyone was acquainted with PYN goals and activities. The special session titled Renewing commitment to the Political Youth Network was organized for that purpose as well. The participants expressed their interests and needs regarding the future PYN activities and the Secretariat promised to fulfill their requirements in the upcoming activities.

The conference’s main event, which was held in the Office of the European Parliament in Croatia, was the Political Youth Network General Assembly, during which five new political parties joined the network:

The Initiative of Socialdemocratic Youth (Kosovo)

During the Assembly, the discussion about the inactive members was raised and the following agreements were made: every member present will help in contacting currently active members and make the effort to motivate them to renew their commitment to the PYN.

Having a group of young politically active people from the region in one place was the perfect opportunity to pick their brains on the current issues young people and our societies are facing today across the region. A moderated discussion was organized in order to map the key issues and try to find solutions for them. During this two-hour session, young minds joined their forces and brainstormed ideas to make the region a great place for future generations.

Member of the City Assembly, Nikola Vukobratović, talked to young people on the topic “Institutional Struggle for a Better Social Status of National Minorities: Challenges and Advantages”, referring to the powers and competencies of the Committee for National Minorities, the extent of the institutional struggle for a better status of Serbian national minority at the city level, and expectations from the local government in Zagreb in the context of achieving a better status for the Serbian national minority.

Viktor Koska from the Office of the Deputy Prime Minister of the Republic of Croatia in charge of social issues and human and minority rights lectured on “Cooperation between CSOs and the Executive in the Protection and Promotion of Human Rights – a Realistic Expectation or Unreasonable Hope.” As part of the lecture, he spoke about the prospects for cooperation between government officials at the national level and civil society organizations in advocating and exercising human rights. He also commented on the positive and negative sides of Croatia’s membership in the European Union in the field of human rights, with emphasis on the rights of national minorities, but also shared thoughts on opportunities for Croatia’s more positive contribution to the Western Balkan countries based on its EU membership.

On Thursday, June 9, 2022, participants attended the presentation of the book Shared Narratives: Supporting Reconciliation by Bridging the Gaps in Divisive Narratives created by more than 100 young people from five countries in the region (Serbia, Montenegro, Bosnia and Herzegovina, Kosovo, and Croatia) with the goal of collective critical review of existing formal and informal versions of the history of the wars of the 1990s.

The author of the project within which the book was created is Mario Mažić, the founder of the Youth Initiative for Human Rights – Croatia, who together with Maja Nenadović is the editor of Shared Narratives. Mažić and Nenadović point out that the basic goal of “Shared Narratives” is “to support reconciliation and engage youth in the process of dialogue with a view of preventing recurrence of violence in former Yugoslavia.”

The conference ended with a positive attitude toward the future of regional cooperation and a willingness to achieve sustainable peace in our societies.