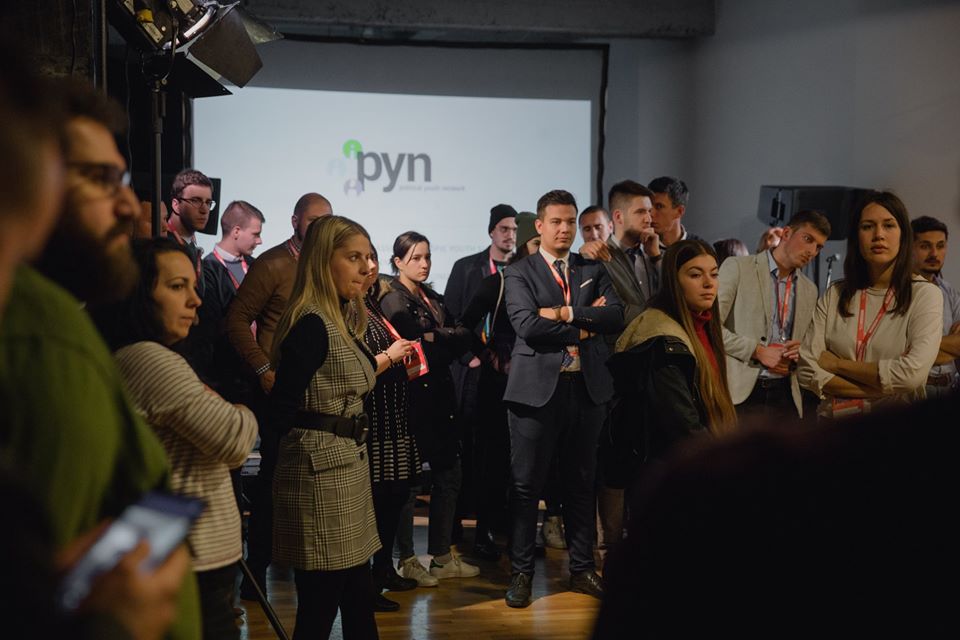 A PYN regional meeting was held in the period 3-5 December in North Macedonia in the scope of Skopje Youth Summit. During the three-day meeting participants had the opportunity to attend panels and workshops included in the summit program, but to attend two events organized specifically for PYN participants and other politically active young people as well.

This three-day meeting gathered young politically active people from Bosnia and Herzegovina, Croatia, Kosovo, Montenegro and Serbia and for the first time form North Macedonia and Slovenia as well.

Apart from the opportunity to meet their peers from seven different countries, the PYN members met with young activists across the globe, acquired a deeper insight in the topics such as transitional justice, Western Balkans’ politics, education reform and the future of the EU integrations.