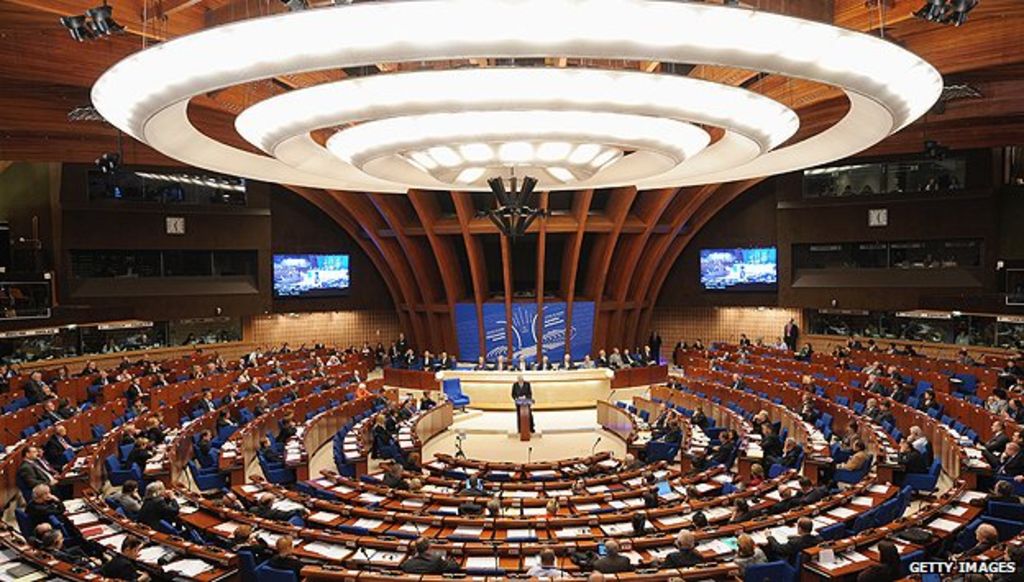 Over the last decade many European countries have increased both the scope and content of national party regulation. Besides national party regulation, supranational bodies and international mechanisms for protection of human rights have been involved in producing guidelines and recommendations for political parties with the intention of enhancing internal party democracy which contributes to inclusion, equality and respect of human rights.

International standards regarding internal party organisation will be presented in this article. They include standards and guidelines by European institutions and party aid mechanisms.

Based in Strasbourg, France, the Council of Europe (CoE) is an intergovernmental organization composed of 47 States. Its objectives are to: Protect human rights, pluralist democracy and the rule of law; Promote awareness and encourage the development of Europe’s cultural identity and diversity; Seek solutions to problems facing European society, including discrimination against minorities, xenophobia, intolerance, environmental protection, human cloning, HIV/AIDS, drugs, organized crime and other problems; Help consolidate democratic stability in Europe by backing political, legislative and constitutional reform.

Over the last two years the Council has started working on the promotion of desirable internal characteristics of political parties and development of intra-party democracy. Within its integrated ‘Making democratic institutions work’ project constant mention is made of the importance of and problems related to effective representation[1] and of political discontent and its effects on liberal democracy[2] . The development of internal party democracy is offered as a desirable solution to these developments.

The Assembly brings together 324 members from the parliaments of the Council of Europe’s 47-member states. Though it contains many voices, reflecting political opinion across the continent, its mission is to uphold the shared values of human rights, democracy and the rule of law that are the “common heritage” of the peoples of Europe.

It holds governments to account over their human rights records, and presses states to achieve and maintain democratic standards, both in Europe and – increasingly – in neighboring regions. t is a forum for sometimes heated debate on key political and social issues facing the continent, helping to head off conflict and encourage reconciliation. Though its texts are not binding, the Assembly speaks on behalf of 800 million Europeans and the 47 Council of Europe governments must give a collective reply[3].

Parliamentary Assembly of Council of Europe prepares resolutions which are part of international law and serve as recommendations and guidelines for 47-member states of the Council.

In 2007 PACE adopted a resolution 1546 called ‘The code of good practice for political parties’.

The Code of good practice very precisely specifies the best practices with regard to the internal organization of political parties.

The document emphasizes the importance of clear and transparent internal hierarchy and a direct flow of information between various levels of party hierarchy. Parties should introduce greater transparency in the way the party operates and activate the local life of political parties.

Parliamentary assembly puts equality as an essential part of democracy. Equality means equal access for all in participation and involvement in public affairs. Equality in politics starts with equal political rights for all citizens – men and women, young and old.

Mechanisms to enhance party ethics should include strict eligibility requirements for party candidates and officials including signed codes of conduct to hold party candidates accountable, monitored and implemented by the party committee on the Code of Conduct.

Parties could consider the possibility of obliging all party members who hold public office (MPs, ministers, provincial governors) to sign a contract before accepting their appointment engaging them to resign voluntarily from their position if they violate provisions in the contract relating to ethical conduct and job performance (e.g. conflict of interests). Regular evaluation aimed at ensuring that the contract is fulfilled should be ensured.

Political parties need to adopt or strengthen practices, such as evaluation and monitoring, which fight against corruption and improve internal accountability. They should recommend internal procedures involving consultation of members on policy or on important decisions for the party (electoral coalitions, government agreements etc). This consultation process, which is absent in many parties, could be carried out through deliberative opinion polls so as to discuss policy-centered issues or through referendum.

Party life risks being put aside when the party is in government. Nevertheless, the party in central office should not only act as an information provider to the party in public office but should also monitor its performance. Therefore, members should have the right to control the political activity of their representatives in institutions and on the party boards. This requires the, dissemination of periodical information to all levels of the party and the discussion and vote of the leadership’s report at the party congress;

From a democratic values standpoint, internal party democracy fulfils the citizens’ legitimate expectation that parties, which receive public funding and effectively determine who will be elected to public office, should conform to democratic principles within their own organizations. However, given the diversity of parties’ circumstances and political outlooks, there is no single “one size fits all” set of “best practices” for intra-party governance. In short, expanding intra-party democracy may benefit those parties that implement these reforms as well as the wider society, but these changes may entail high costs for parties so party leaders ought to judiciously consider the practicalities of certain internal democratic party procedures and assess their respective merits[4].

* Ensuring that the internal rules of political parties are guided by legal certainty, clarity, transparency, accountability and independence;

* Ensuring that interaction between local political parties and society is based on dialogue, interdependence and co-operation;

* Promoting and enforcing equality in the administrative system of political parties at all levels;

* Reinforcing links between party leadership and local and regional levels of organisations;

* Reinforcing measures aimed at combating corruption within the party and improving internal accountability;

* Adopting internal procedures involving consultation of members on policy or on important decisions for the party such as electoral coalitions or government agreements;

National democratic institute (NDI) is one of the international party aid mechanisms and organizations which focuses on enhancing internal party rules and procedures, on strengthening party branches, improving a party’s membership practices, increasing opportunities for marginalized groups and so on. NDI published a series of documents, guidelines and recommendations on various aspects of political parties within democracy, such as selection of candidates for legislative office and implementation of intra-party democracy. Since its founding in 1983, NDI and its local partners have worked to establish and strengthen political and civic organizations, safeguard elections, and promote citizen participation, openness and accountability in political parties and governments[7].

In its publication Minimum Standards for the Democratic Functioning of Political Parties NDI developed universally-accepted guiding principles and norms for open and democratic functioning of political parties. NDI attempts to articulate guidelines that largely reflect the existing, common practices of a range of established and broadly democratic political parties regardless of ideology, geographic location or size[8].

Most important guidelines are focused on internal party organization and intra-party democracy.

Party rules should define membership eligibility requirements and spell out members’ rights, roles and responsibilities. Many political parties enlist their supporters as enrolled members. Having enrolled memberships can help parties to spread their ideas and to solidify their popular roots. Membership dues can also be an important source of party revenues. Parties can use their membership organizations to encourage meaningful political participation and to strengthen ties between supporters and leaders.

Party statutes can clarify lines of communication, authority and accountability between a party’s various layers. Most parties exist on several political levels (local, provincial, national), and have several faces (the voluntary organization, the legislative group, and, in some cases, the president and provincial chief executives). This raises the question of who ultimately defines what the party stands for. In many cases, party structures will reflect national political structures: for instance, parties’ regional units may be more autonomous in federal states, whereas party organization may be more hierarchical in unitary states. The relative autonomy of provincial parties may make particularly good political sense in countries where regional elections are fought on distinct issues. But even in these situations, it is important to have rules in place to help mediate conflicts between national and regional party leaders.

Party statutes should anticipate conflicts and should provide frameworks for fostering, but also for containing, healthy internal debate. In democratic political parties, it is both inevitable and desirable that dedicated and ambitious politicians will have clashing perspectives about which policies and approaches are in the best interests of the nation, and of the party. Having rules for the internal adjudication of conflict may prevent disputes from escalating and may make it less likely that aggrieved members take disputes to the courts. These frameworks should include an independent appeals body within the party in cases where party members or party representatives are expelled from the party, or from the party’s legislative caucus.

Selection of Party Leaders and Candidates

Parties benefit from having clear rules about the regular selection (and possible de-selection) of party leaders and party candidates. Clear rules help to channel and encourage competition among politicians and among advocates of rival policy alternatives. For parties committed to democratic principles, there is some appeal to implementing democratic principles within the party organization, giving party members a voice in important decisions through representative party congresses or through direct membership votes. But however inclusive the decision-making rules, merely having clear and established procedures for making important decisions may make it more likely that losing participants will respect the outcome, and that they will put their energies into winning under existing rules, or into changing the rules, rather than breaking away to found new parties. This channeling of conflict is one of the virtues of transparent rules[9].