Why are LGBTI rights important? 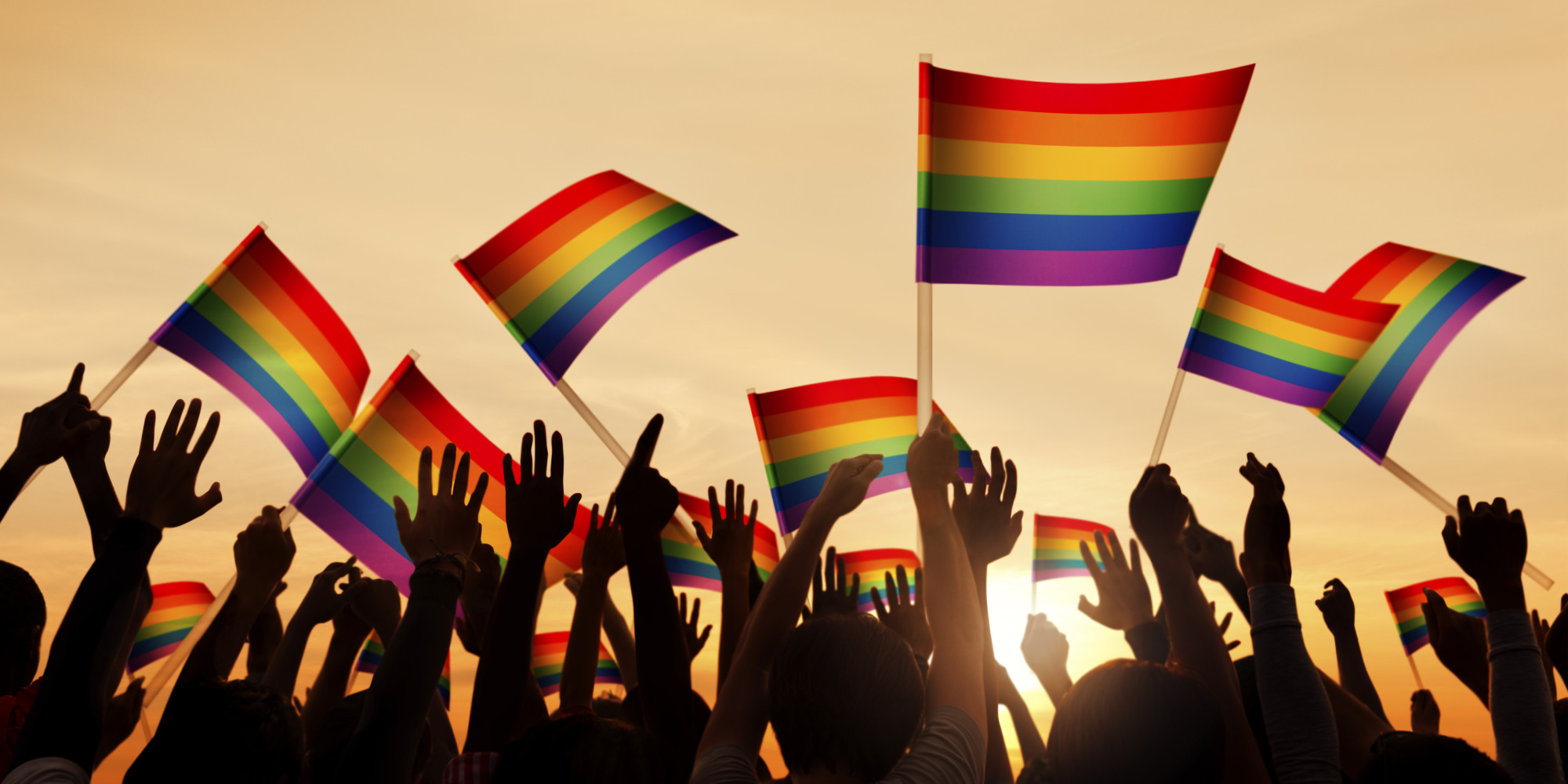 In too many places, LGBTI (lesbian, gay, bisexual, transgender and intersex) people are among the most persecuted, marginalized, or at risk. In seventy-five countries, a relationship with someone of the same sex is a crime.  In every corner of the world, LGBT people continue to face threats of violence and discrimination in their work and private lives. More than a third of the world’s countries criminalize consensual, loving same-sex relationships, entrenching prejudice and putting millions of people at risk of blackmail, arrest and imprisonment[1]. Many countries force transgender people to undergo medical treatment, sterilization or meet other onerous preconditions before they can obtain legal recognition of their gender identity. Intersex children are often subjected to unnecessary surgery, causing physical and psychological pain and suffering. In many cases, a lack of adequate legal protections combined with hostile public attitudes leads to widespread discrimination against lesbian, gay, bisexual, transgender and intersex people – including workers being fired from jobs, students bullied and expelled from schools, and patients denied essential healthcare[2].

The equality and non-discrimination guarantee provided by international human rights law applies to all people, regardless of sex, sexual orientation and gender identity or “other status.” There is no fine print, no hidden exemption clause, in any of our human rights treaties that might allow a State to guarantee full rights to some but withhold them from others purely on the basis of sexual orientation and gender identity.

Moreover, United Nations human rights treaty bodies have confirmed that sexual orientation and gender identity are included among prohibited grounds of discrimination under international human rights law. This means that it is unlawful to make any distinction of people’s rights based on the fact that they are lesbian, gay, bisexual or transgender (LGBT), just as it is unlawful to do so based on skin colour, race, sex, religion or any other status. This position has been confirmed repeatedly in decisions and general guidance issued by several treaty bodies, such as the United Nations Human Rights Committee, the Committee on Economic, Social and Cultural Rights, the Committee on the Rights of the Child, the Committee against Torture, and the Committee on the Elimination of Discrimination against Women[3].

Human rights principles, norms and standards lie at the heart of efforts to raise awareness about and advocate for specific actions focused on ending discrimination against and the exclusion of LGBTI people.[4]

Discrimination of transsexual and transgender persons:

Which documents and institutions are important?

Although today there are eight UN bodies created under the human rights treaties, their practical benefit for individuals seeking protection of LGBT rights is rather low.

The individual complaints to Human Rights Committee procedure is by far the most efficient method of fighting discrimination and protecting LGBT rights. The Human Rights Committee is a body of independent experts that monitors implementation of the International Covenant on Civil and Political Rights (ICCPR) by its State parties. LGBT persons who claim that their rights and freedoms under the ICCPR have been violated may call the State in question to account for its actions if that State is a party to the First Optional Protocol. Though the grounds for discrimination listed in the ICCPR itself and in the First Optional Protocol do not explicitly include sexual orientation or gender identity, the Human Rights Committee in 1994 in the case of Toonen v. Australia held that the references to “sex” in Articles 2(1), (non-discrimination) and Article 26 (equality before the law) of the ICCPR should be taken to include sexual orientation. With this case, the Human Rights Committee created a precedent within the UN human rights system in addressing discrimination against lesbian, gays and bisexuals.

Concerns about human rights violations experienced by LGBTI people have also been voiced by the United Nations Secretary-General and many other senior United Nations officials. The United Nations, including its funds programmes, specialized agencies and affiliated organizations, are increasingly addressing priority issues facing LGBTI people in their respective work.

recognizes that acts of violence and discrimination are committed against LGBTI persons around the world. The Resolution requested the United Nations Office of the High Commissioner for Human Rights (OHCHR) to prepare a report on these issues. This report submitted by OHCHR to the United Nations Human Rights Council outlined the problems faced by LGBTI people and reiterated each State’s duty to protect the rights of all citizens. The report recommends that all States investigate serious acts of violence, repeal laws criminalizing homosexuality and enact legislation to prevent discrimination on the basis of sexual orientation and gender identity.

■ In September 2015, 12 United Nations entities issued a Joint Statement calling on States to act urgently to end violence and discrimination against LGBTI adults, adolescents and children. The entities stated: “[A]ll people have an equal right to live free from violence, persecution, discrimination and stigma. International human rights law establishes legal obligations on States to ensure that every person, without distinction, can enjoy these rights. While welcoming increasing efforts in many countries to protect the rights of LGBTI people, we remain seriously concerned that around the world, millions of LGBTI individuals, those perceived as LGBTI and their families face widespread human rights violations. This is cause for alarm – and action.”

The United Nations entities pointed out in this Joint Statement that failures to uphold the human rights of LGBTI people and protect them against violence and discriminatory laws and practices constitute serious violations of international human rights law. These failures bring additional negative outcomes, like fostering ill health, including HIV, as well as social and economic exclusion. The entities noted the negative impact of such exclusion on decent work, economic growth and progress towards achieving the Sustainable Development Goals (SDGs). Furthermore, they emphasized that States bear the primary duty under international law to protect everyone from discrimination and violence. These violations therefore require an urgent response by governments, parliaments, judiciaries and national human rights institutions. The recommendations in the Joint Statement (see Annex 4), focused on protecting LGBTI people from violence and discrimination and on repealing discriminatory laws. The Statement also offers the support of the signatories to Member States to achieve this progress[6].

Article 14 of the ECHR states: “The enjoyment of the rights and freedoms set forth in this Convention shall be secured without discrimination on any ground such as sex, race, color, language, religion, political or other opinion, national or social origin, association with a national minority, property, birth or other status.” Though the international treaty itself does not include direct reference to sexual orientation, the case-law adopted by the European Court of Human Rights clearly states that discrimination of the grounds of sexual orientation or gender identity is prohibited and must be abolished.

The European Social Charter is a Council of Europe treaty which guarantees social and economic human rights. The European Committee of Social Rights is the body responsible for monitoring compliance by State Parties.[8] The European Social Charter submits that “the enjoyment of the rights set forth in this Charter shall be secured without discrimination on any ground such as race, colour, sex, language, religion, political or other opinion, national extraction or social origin, health, association with a national minority, birth or other status.” The provision does not make explicit reference to sexual orientation, it certainly might be perceived today as to include prohibition to discriminate on sexual orientation ground.

In March 2010 the member states of the Council of Europe agreed to take a broad range of measures to combat sexual orientation and gender identity discrimination. These measures are set out in a Council of Europe Recommendation CM/Rec (2010)5 of the Committee of Ministers to member states on measures to combat discrimination on grounds of sexual orientation or gender identity, which is the world’s first comprehensive intergovernmental agreement on the rights of LGBT people. Recommendation invites the member states to guarantee that the principles and measures set out in its appendix are applied in national legislation, policies and practices relative to the protection of the human rights of lesbian, gay, bisexual and transgender persons and the promotion of tolerance towards them.

The Parliamentary Assembly of Council of Europe monitors the human rights situation in the Member States and provides recommendations as to what should be done in order to improve the existing practices. It encourages the Member States to take all positive measures to combat homophobic attitudes, particularly in schools, the medical profession, the armed forces, the police, the judiciary and the Bar, as well as in sports[10]. The non-binding resolutions and recommendations it has adopted so far regarding LBGT rights aimed at eliminating discrimination on the ground of sexual orientation (Recommendation 924/1981); ensuring that persecution on grounds of homosexuality would be recognized as a ground for asylum (Recommendation 1470/2000); fighting homophobic attitudes in sports (Recommendation 1635/2003); ensuring that sexual orientation is considered a profound part of the identity of each and every human being (Resolution 1728/2010).

Except legal documents Council of Europe has published a publication Combating discrimination on grounds of sexual orientation and gender identity about standards and mechanisms   which seeks to promote and ensure respect for the human rights of lesbian, gay, bisexual and transgender persons[11].

[4] Advancing the Human Rights and Inclusion of LGBTI People: A Handbook for Parliamentarians, UNDP/PGA, 2017

[6] Advancing the Human Rights and Inclusion of LGBTI People: A Handbook for Parliamentarians, UNDP/PGA, 2017