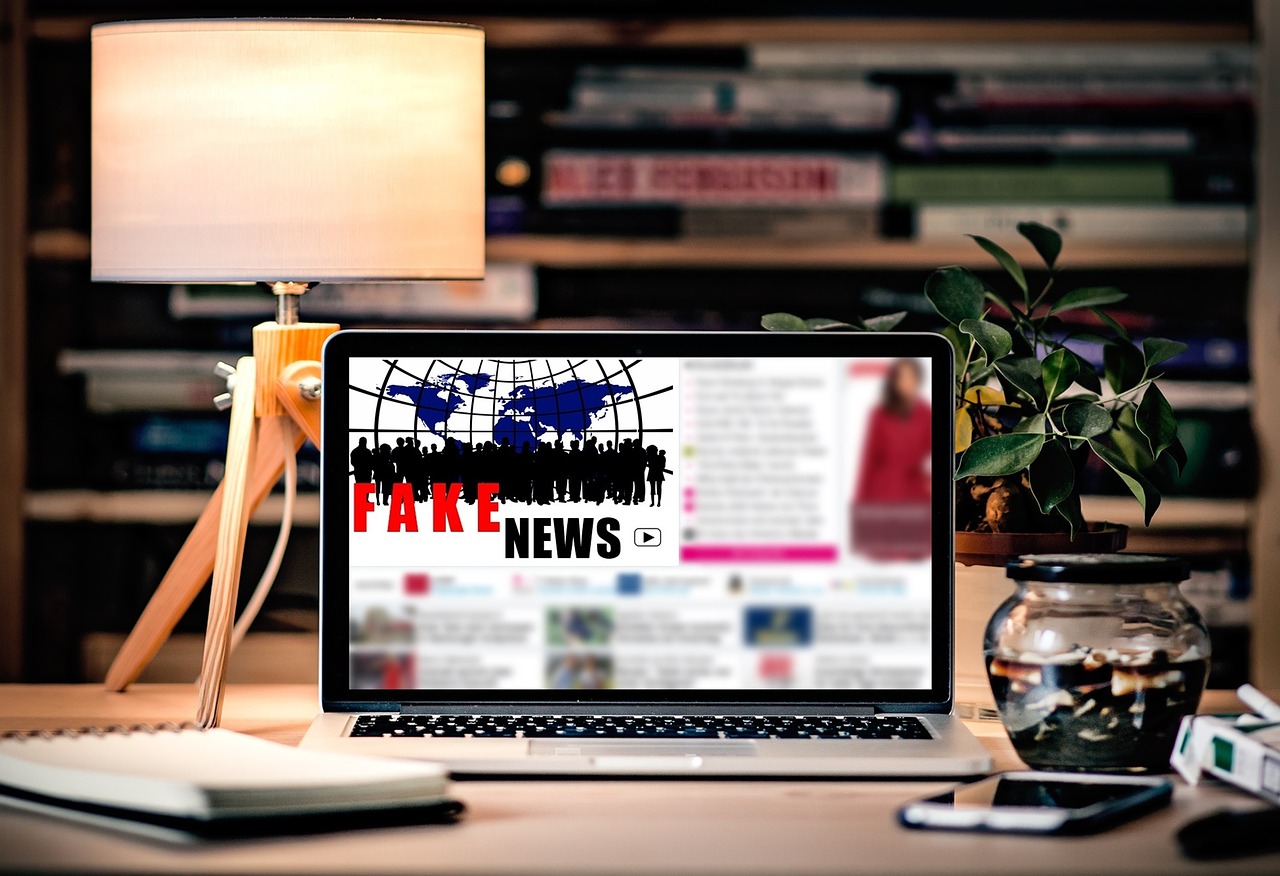 Some 26 years ago, war was raging in what was then Yugoslavia between the Yugoslav army and Croatia.

But besides the fighting between soldiers on the battlefields, another war was raging between journalists on TV.

As the conflict erupted and spread, the media on both sides abandoned all pretence at maintaining professional standards and, in many cases, ruthlessly spread fear and blatant falsehoods.

In Croatia, for example, the media began writing about unknown Serbian snipers lurking around the capital, Zagreb, claiming they were stationed in key locations of the city.

This story was routinely aired in the autumn of 1991, although to date, no one has ever confirmed that a single sniper was present in Zagreb.

Their colleagues in Belgrade, meanwhile, among many other things, reported that the Croatian army was killing Serbian babies and even wearing their body parts as jewellery.

In 2012, the Serbian prosecution has investigated an unknown number of journalists for war mongering and propaganda, while the International Criminal Tribunal for former Yugoslavia indicted former Yugoslav president Slobodan Milosevic alleging that he used the media for his war goals.

While TV and newspapers spread propaganda and what is now called “fake news” in the 1990s, the real battle now is online.

Last year, the small Macedonian town of Veles, once known only for wine and agriculture, became infamous for a new reason after it was discovered to the global source for the production of “fake news” in the run-up to the US presidential elections.

Likes and shares for the fake news items pouring out of Veles reached millions in numbers.

In the last week of the US campaign, more than a hundred sites were producing fake news from Macedonia.

Kosovo-based media lawyer Flutura Kusari agrees that, while the Balkans were fruitful terrain for fake news production before, the players have changed since the arrival of social media and Internet.

“The publication of fake news existed even earlier, so there is no innovation here,” she told BIRN. “What has created alarm recently, however, about this issue, is the impact of the internet on their distribution at greater speeds,” Kusari added.

The 2016 US elections and the “globalisation of the fake news phenomenon” has encouraged Balkan politicians to use more disinformation in their campaigns, experts say – but also to launch websites and campaigns supposedly aimed at “revealing” the fake news by their opponents.

This summer, Bulgaria’s Volya party, led by Vesselin Mareshki, a businessman also known as “the Bulgarian Trump”, announced it wished to propose a law against fake news.

The core idea is to establish a register of all websites containing information about their ownership. However, no proposal has been put before parliament in Sofia as yet.

Officially, GERB is not listed as the creator or administrator of the Facebook page, named “Fake News – Register of Fake News, Lies, Propaganda and Dеception,” which is aimed at exposing “liars, crooks and regular fools”.

But the party has confirmed that it stands behind the initiative and has also called on people to join in, by sharing news and statements they consider fake, without engaging in further fact-checking, however.

In Macedonia, before and during the early general elections in December 2016, some investigative media outlets in the country discovered several fake news websites operating, linked to the then ruling VMRO DPMNE party, which had started producing false news reports designed to discredit the then opposition Social Democrats.

Two such news sites, saznajemo.rs and alo.com.hr, at that time were freshly registered in neighbouring Serbia and Croatia, according to an investigation by local NOVA TV news portal.

The NOVA investigation revealed that, behind these portals, which all shared the same identical fake content about Macedonia’s then opposition Social Democrat leader [and now Prime Minister] Zoran Zaev, was a firm registered at Vasil Gjorgov Street, 24, in Skopje, Macedonia.

The most widely picked-up news items that the two websites published claimed that Zaev had been negotiating with ethnic Albanian groups in Switzerland to divide Macedonia along ethnic lines – in return for a juicy bribe of 10 million euros.

This was actively spread by the then pro-government mainstream media and even used in the speeches of VMRO DPMNE leaders.

“It is noticeable when you see several different news portals supporting one side or the other, but conveying the same texts to the word – even with the same typos,” Adamcevski observed.

Politicians make good use of such disinformation in Serbia and Kosovo as well during elections campaigns.

“One of the main sources of fake news are certainly the politicians … Often citing incorrect, misinterpreted or out of context data,” says Milka Domanovic, a Serbian journalist for the fact-checking website Istinomer.rs, one of the pioneers in fact-checking journalism in the Balkans.

Domanovic says the media in Serbia also routinely report on such statements by politicians without checking them and without reservation – so that, for example, President Aleksandar Vucic’s [incorrect] claim in 2016 that Serbia has the highest GDP growth in the region was widely presented as a fact.

It was the same with incorrect statements about employment numbers, or the number of foreign investments.

While in Europe or the US, the mainstream media are at the forefront of the battle against fake news and deliberate disinformation, this is not the case in the Balkans.

There, the mainstream media are often on the other side, together with the politicians.

Mirela Arqimandriti, director of Albania’s Gender Alliance for Development Centre, which is working on establishing fact-checking project in Albania, says trust in both the media and the politicians has drastically declined as a result.

“Public trust in the media is declining. Media coverage is seen as inaccurate and as lacking in-depth analysis and not able to follow up the stories. Media consumers think that some media carry partisan views and are getting too politicized,” Arqimandriti told BIRN.

In Bulgaria, Nelly Ognyanova, a media law professor at Sofia’s St Kliment Ohridski University, argues that long before the term “fake news” became a buzzword, Bulgaria had already a “circle of media that did not fulfil their mission to inform but were dedicated to disinformation, propaganda, servile journalism and slander”.

She explained that, besides general concerns over bad journalism and sensationalism, other factors make the problem more serious in Bulgaria.

“The democratic media sector is being undermined, and targeted disinformation is spread against figures critical of those in power, such as the opposition, independent magistrates and civil society,” Ognyanova said.

She added that such disinformation campaigns propagate the idea of “a closed society and the end of a united Europe – and popularize ideas of [Russian President Vladimir] Putin’s administration, which are contrary to the values of the EU and the democratic world”.

A survey published last month by the Liber Centre for New Media worryingly showed that examples of “extreme speech” can be found in almost every fourth news item in the mainstream media in Serbia, aiming to increase sensationalism, spread fear and hate.

Of 36,960 articles analysed, 9,436 had some sort of extreme speech, mostly based on disinformation and false presumptions, lacking ethical standards.

Social media have clearly increased the spread of fake news and disinformation.

The situation is alarming in Kosovo, too, according to the head of the Association of Journalists of Kosovo, Shkelqim Hysenaj, because the country has an enormous number of social media users, and “there is a tendency to share fake news through them.

“We also have different online media that have often produced and sponsored news with incorrect content,” he added.

Hysenaj’s organisation has issued 18 recommendations on how to deal with disinformation – but one is key for professional media.

“We want any information to be confirmed before it is published, including content produced by third parties, readers or social network users,” Shkelqimaj said.

His colleague from Macedonia, Adamcevski, agrees that said the main responsibility for unmasking false news falls primarily on professional media outlets and journalists – but says it also rests on the quick reaction of professional institutions with arguments to counter fake information.

“A timely reaction is necessary. In today’s rapid communications, if you leave fake news unanswered, it will do damage and misinform the public very quickly,” he said.

Bulgaria’s civil society groups and independent media are at the forefront of joint initiatives to monitor the media for fake news, check facts and better educate people.

Several media there, including the online news website Mediapool and NOVA television, have launched fact-checking projects to raise awareness about disinformation in the media.

Media outlets owned by media mogul and MP Delyan Peevski, Telegraf and Monitor, have also dedicated special sections to fake news, declaring their publisher as the only real fighter against false information.

In Serbia at the moment, however, only one website is dedicated to fact checking – Istinomer, which pioneered this form of journalism in the Balkans and has been developed by a non-governmental organisation CRTA.

Albania’s civil society organisations are about to set up a media fact checking service, called Faktoje, which will aim to put news “under more rigorous scrutiny and that will include looking at claims of fake news,” Michael Alexander, an advisor on the project, told BIRN.

“Part of Faktoje’s role will be to establish the real extent and nature of fake news currently circulating in Albania,” he said.

“What seems clear is that a cut-and-paste mentality means that inaccuracy, whether intentional or not, can spread at an alarming rate.”

According to Faktoje’s backers, the project will provide evidence of the accuracy of statements made by major political players such as public officials, opinion-makers and journalists.

The approach is based on the joint efforts of experts, journalists, citizens and young people to identify, select, analyze and assess facts from reliable sources and produce reports on the truthfulness of statements of politicians, policy makers, opinion leaders, public officials, TV ads and others.

In Kosovo, other independent media organisations are also working on this issue, such as platform Kallxo.com, Kosovo 2.0 and Sbunker. But media analysts say it is not enough.

“A range of measures needs to be taken to address the issue of fake news such as: rigorous application of ethical and legal standards by journalists themselves; youth education on how to consume media literacy; regulation and self-regulation of the media; and increasing the efficiency of police, prosecutorial and judicial bodies,” Flutura Kusari said.

Speaking of how the situation in the media could be changed, Petar Gunjic, from the portal Cenzolovka, which monitors media freedom, says educating journalists and editors must be accompanied by freeing the media from the demands of bosses to chase “clickability”.

Likewise, he says the issue of media literacy is important if “the state wanted to have responsible media – which in turn means informed citizens, which means a higher level of democracy.

“For example, to teach people who search the internet for all the answers – from whether to vaccinate their kids to how to treat diseases – how to believe or disbelieve those media. Point out to people that there must be a source of information, that if anyone is accused of anything there must be the other side…” Gunjic urged.

He acknowledges, however, that this is a long-term process with an uncertain outcome.

While changing laws could also be part of the solution, if legislation against “fake news” is to be discussed, according to Bulgarian professor Ognyanova, it should cover only very grave threats, such as campaigns that threaten the democratic electoral process or manipulation that poses real risks to national security.

“The adoption of legislation is an easy achievable measure; what is difficult – and slow – is the daily effort to create high-quality journalism and informed audiences,” Ognyanova concluded.