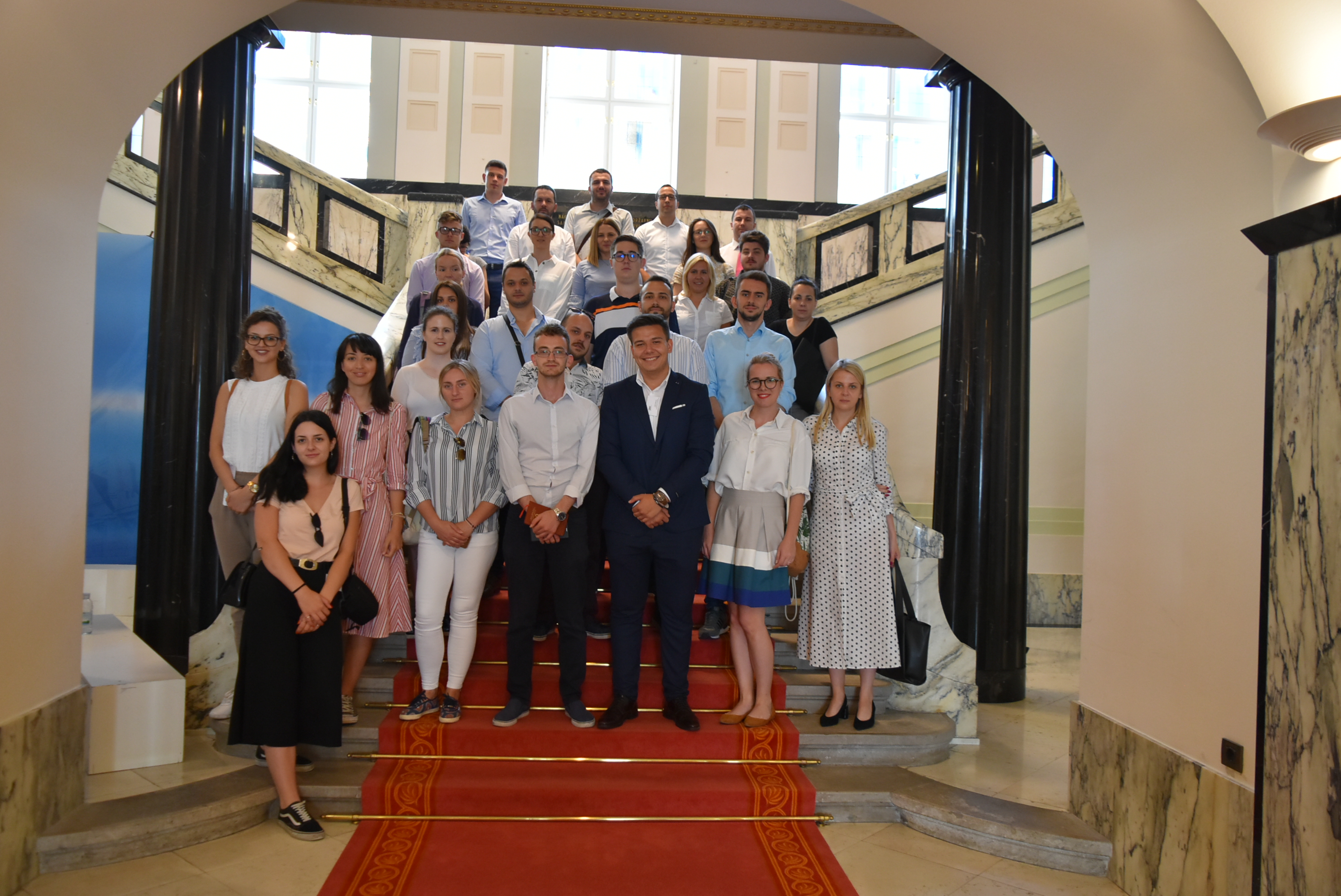 In the period 26- 29 June 2019 Political Youth Network Regional Conference was held in Zagreb. 30 young politically active individuals from Bosnia and Herzegovina, Croatia, Kosovo, Montenegro and Serbia participated in a three- day conference during which they had the opportunity to acquire knowledge about EU integrations and internal party democracy.

As a part of the program, participants had visited the Office of the European Parliament in Croatia. Hosts held a lecture followed by a presentation about their work in general, the way campaigns for the European Parliament are organized and the role and importance of youth in the context of European elections and EU politics in general . Q&A followed with an open discussion as an ending to an hour and a half long visit.

Program continued in the Zagreb City Hall, where simulation of the  conference concerning migration situation in Europe was to be held. Every participant was randomly assigned to represent the position of a member of the European Parliament, a state leader or a representative of an NGO regarding the migrant crisis in Europe. This exercise ended with an evaluation of the simulation of the conference when participants shared their own opinions on representing the opinions they might have disagreed on.

After the visit to the Croatian Parliament the program continued at the Center for Democracy and Law Miko Tripalo. Two lectures, one on EU values and one on internal party democracy, were held in the Center by Zagreb University professors, Mr. Dario Čepo and Mr. Dario Nikić- Čakar.

The conference concluded with an evaluation during which participants shared their impressions and suggested the ideas and activities for the next regional meeting.

← Save the date: PYN Regional Conference Zagreb
→ Round Table on Youth Mobility in Bosnia and Herzegovina